Retailers have holiday plans of their own… and that is to hire as many workers as humanly possible. The Gap plans to hire 65,000 seasonal workers, Target will try to snag 120,000 workers, and Macy’s is looking for 80,000. And to deliver your Christmas presents, UPS will be hiring 100,000 workers and FedEx 55,000 workers.

That should be easy… NOT. Unemployment is already under 4%, and wages are climbing fast. Oh, and since most people already have jobs, this holiday season is poised to be HUGE because everyone has money to blow. It is estimated that retail sales will hit $720 billion this year, up 4% compared to last year.

Here’s the job outlook… 6.9 million jobs were open in July, and the number of unfilled retail positions were up by 100,000 compared to last year. Kohl’s started hiring for Christmas this past JUNE and JCPenney began in JULY. So those other companies looking to recruit an army of season workers better get on it and fast. We heard Gap is giving a generous 50% discount on full-priced Gap, Banana Republic, and Old Navy clothing – any takers? 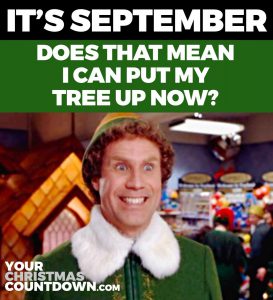